Participants Now Enrolling in Phase 1 Study on AT-1501, a Potential Treatment for ALS

CAMBRIDGE, MA | November 28, 2018 – The ALS Therapy Development Institute (ALS TDI) is proud to announce that the first participant was successfully given a dose of AT-1501 in the first clinical trial of the experimental treatment for amyotrophic lateral sclerosis (ALS). The phase 1 safety trial is enrolling healthy volunteers and people living with ALS, following the acceptance of an Investigational New Drug (IND) application by the Food & Drug Administration (FDA). A total of 8 people living with ALS will receive AT-1501 in this study, with the aim of determining safety and tolerability of the experimental antibody. The trial, sponsored by Anelixis Therapeutics, LLC, will also determine the pharmacokinetics of AT-1501, i.e. how the drug acts within the body.

“The trial is an important milestone for ALS TDI, as well as for our donors, our sponsors and the ALS research and treatment communities worldwide,” said Steve Perrin, PhD., Chief Executive Officer at ALS TDI. “ALS TDI was launched in 1999 by the Heywood family of Newton, Mass., who were looking to develop potential therapeutics for their son and brother, Stephen, who was diagnosed with ALS at 29 years of age. Under the leadership of Augie Nieto, Chairman of the Board at ALS TDI, and with the 2012 formation of Anelixis, we have successfully transitioned AT-1501 into phase I studies making ALS TDI a validated drug development organization.”

In the last five years alone, ALS TDI has directed over $5 million towards the development of AT-1501. Funds were raised by thousands of individuals whose lives have been impacted by ALS, their families and friends, and a host of organizations that believe in the potential of AT-1501: e.g., Augie’s Quest, ALS Association, ALS Finding a Cure, ALS ONE and the Department of Defense CDRMP, and  other organizations. 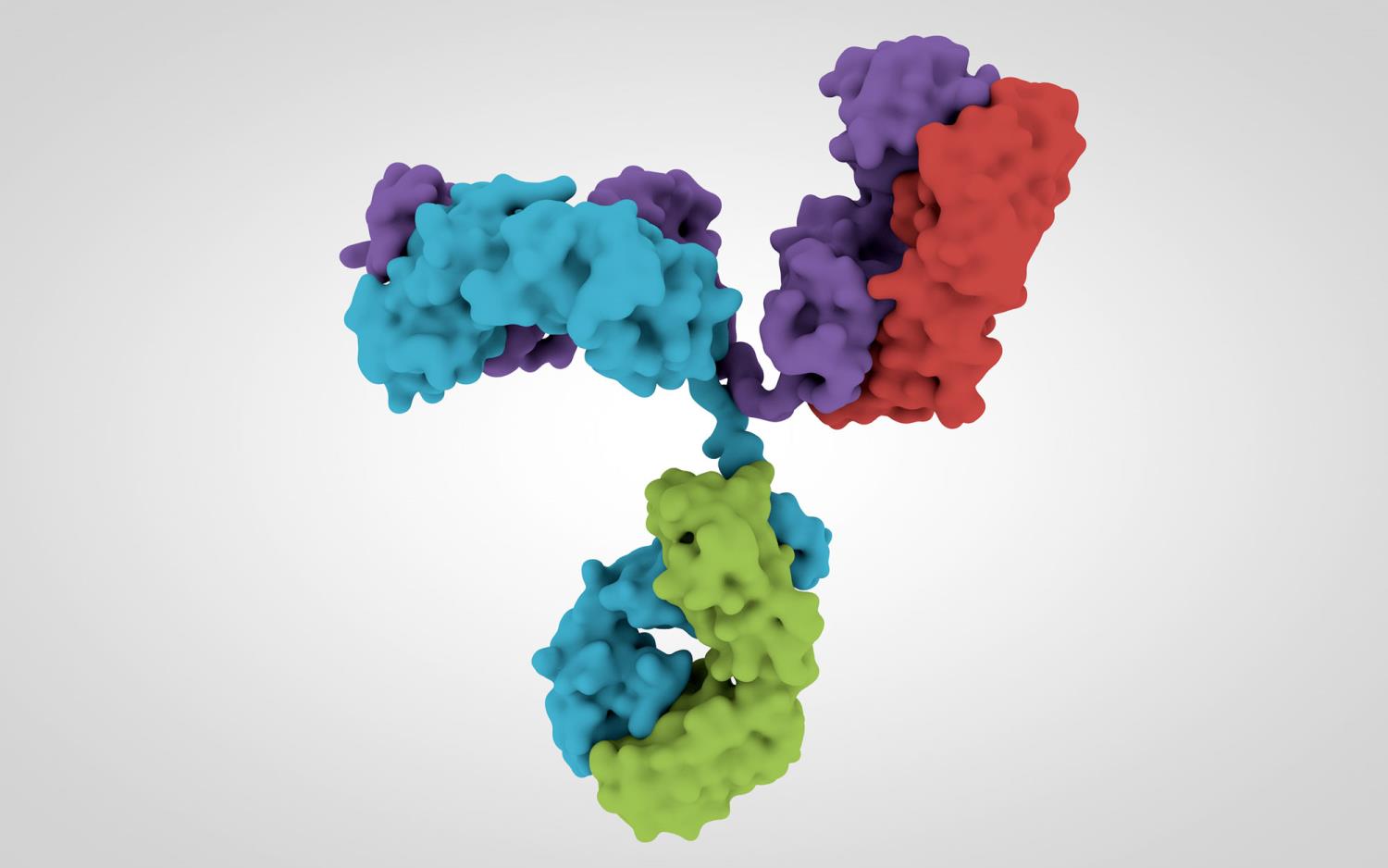 3D image of AT-1501 antibody, discovered at ALS TDI

“Following almost a decade of discovery and development, this announcement is an important one for the ALS community and for all of us here at ALS TDI. This is what our work at ALS TDI is all about, making discoveries and working with others to translate those discoveries into treatments that can be tested in people with ALS. We have a strong pipeline of potential treatments at ALS TDI today, and seeing our lead candidate finally get into people with ALS is a great sign that we will be able to advance others into trial, bringing us closer to ensuring everyone living with ALS can get the treatment they need,” Dr. Perrin noted.

ALS TDI published its initial discovery of a link between ALS disease progression and the innate immune system in the scientific journal, Nature Genetics, in 2009. The study described the robust preclinical validation work for AT-1501 and demonstrated that ALS progression was significantly slowed with the administration of a treatment to block the activity of the CD40L receptor found on specific cells.

ALS TDI believes this trial launch marks the first time that a non-profit organization has developed a potential treatment in the lab, completed manufacturing and IND enabling safety studies, and advanced the candidate molecule into clinical trials. As a non-profit biotech that depends on charitable giving to fuel its research, ALS TDI has spent years raising the dollars needed to advance AT-1501 towards clinical trial

“As a person living with ALS, I get so much hope every time I hear about a new treatment starting clinical trial, but this one was so very special. As chairman of ALS TDI I have seen up close the generosity of families, companies and foundations and the hard work that goes into raising every donated dollar it took to see this day come. While hopeful, I know that there is more work that needs to be done and funded, and we will keep going until we end ALS,” said Augie Nieto, chairman of ALS TDI.

Every 90 minutes, someone is diagnosed with Amyotrophic Lateral Sclerosis (ALS), also known as Lou Gehrig’s disease or Motor Neuron Disease (MND). It is a progressive, neurodegenerative disease that causes muscle weakness, difficulty breathing and swallowing, and paralysis while leaving the senses intact. ALS attacks certain cells in the brain and spinal cord needed to keep muscles moving. Most people survive two to five years after their diagnosis, with an estimated 30,000 people in the US and 450,000 worldwide living with the disease. Currently, there is no effective treatment nor cure available.

About the ALS Therapy Development Institute

The ALS Therapy Development Institute (ALS TDI) and its scientists actively discover and develop treatments for ALS. ALS TDI is the world’s first and largest nonprofit biotech focused 100 percent on ALS research. Led by people with ALS and drug development experts, ALS TDI understands the urgent need to slow and stop this disease. Based in Cambridge, Mass., ALS TDI has over 30 full-time, industry trained, drug development experts on staff. ALS TDI is internationally recognized as a leader in optimizing preclinical models of neurodegeneration for clinical translation, and partners with pharmaceutical companies and biotechs worldwide. Rated a CharityNavigator.com four-star charity, ALS TDI spends 87% of each dollar raised on research to find an effective treatment and cure. Visit www.als.net.

About Anelixis Therapeutics
ALS TDI created Anelixis Therapeutics in 2012 as a for-profit clinical development subsidiary to develop AT-1501 as a potential treatment for ALS. Anelixis has been successful to date at raising capital to complete large scale manufacturing, IND-enabling safety and toxicity studies, and regulatory filing for AT-1501. Anelixis was granted Orphan Drug Designation for AT-1501 from the FDA in April 2018 and submited a successful IND application to the FDA. The IND was an important regulatory requirement for the start of the phase 1 trial being launched. A timeline tracking the development of AT-1501 can be viewed here.