When I was diagnosed with ALS, I was given two years to live. Two and a half years later here I am typing this article using my eyes, while being fed through a tube in my stomach and wearing a breathing mask to give my diaphragm a break. I am one of the lucky ones, and I’m thankful for that.

I still think about how awesome it would be to be sitting at bar in a divey Mexican restaurant with my wife, shoveling way too many salty chips and chasing them down with cheap margaritas. I’d be happier than a truck driver after an eight-hour stretch to be able to scratch my balls again, but I digress. You might be surprised that the hardest thing about ALS isn’t trying to vigorously type in a witty, timely jab with eyes when your buddy does something stupid. It is the cost to stay alive.

When I was diagnosed I came across other patients, like Eric Valor, who through mechanical ventilation has been able to stay alive for over ten years. Then there’s Augie Nieto who has been very actively fighting this beast for twelve years and is the current Chairman of the board at ALS.net. And of course, we all know Stephen Hawking, who I like to tell people I have the same disease as to make me seem smarter. I mean I bet we both share the burning desire to scratch our balls, so there’s that.

It’s estimated that the care for an ALS patient is over $200,000 a year. I ran my own company for ten years and while I always chose a new hire over a pay raise, I was able to bring in enough to convince my wife to “give it another year.” I put away a few thousand dollars each year into my retirement and paid my fair share into social security, both as an employee and employer. So when I could no longer work because of ALS, I applied for social security disability and Medicare. When I found out that I would only collect around $20,000 a year we thought, okay my wife will go back to work and Medicare will cover the medical expenses. I was wrong, almost dead wrong.

I now require a full time caretaker while my wife is at work, which is not covered by insurance. As my breathing continues to decline, I can extend my life for a very long time with a tracheotomy and ventilator, but at what cost? I will require 24-hour care, more sophisticated technology, not to mention a $30,000 used wheelchair-accessible minivan, none of which are covered by Medicare. There are government programs to help cover these costs, but not for middle class families. So my choices are to give up everything and declare bankruptcy, divorce my wife, or just accept death. 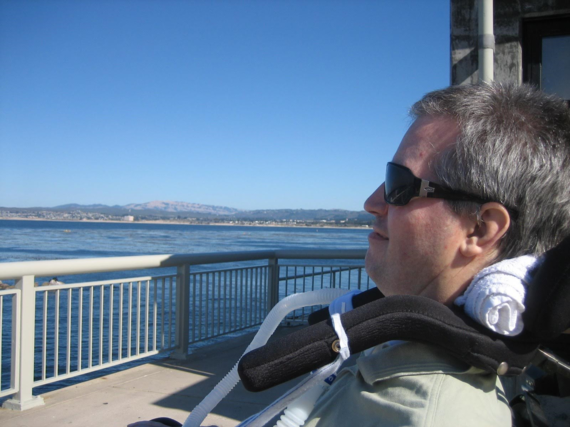 Fellow ALS patient Eric Valor describes the cost of staying alive, “First and foremost, it cost me my marriage. I lost my house and all my savings. I am now destitute, living solely on Social Security, most of which goes to partially pay for my 24/7 care team. The majority of that bill is picked up by Medicaid (not Medicare), for which I must have no assets in order to qualify. ALS took me from a top 10% wage earner to below poverty level.” 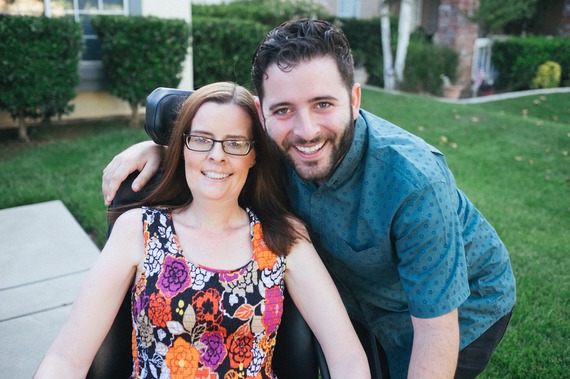 Catherine Scott, the mother of Anthony Carbajal whose 2014 Ice Bucket Challenge videohelped it become a viral sensation, and who also shares the same disease as her son, explains the financial deviation. “It takes everything. After paying all of our monthly obligations it takes every single discretionary dollar we have left to keep me at home by paying for a caretaker out of our own pockets…and even then, we fall short about $1,200 per month.” Catherine, whose ability to breathe on her own is coming to an end will also be faced with my decision.

In Japan the life expectancy for someone with ALS is much longer than in the US. Not because of their fish centered diets or their awesome Kung Fu movies, but because over 90% opt for a tracheotomy to dramatically extend their lives compared to the only 5% here in the US. It simply comes down to costs. The Japanese government provides support for its citizens with this devastating disease and ours doesn’t. As the most advanced country in the world we have to do better. A 38 year old father of two who ran his own business I should be penalized by being middle class, but I am. I shouldn’t have to decide between divorce and death, but I have to.